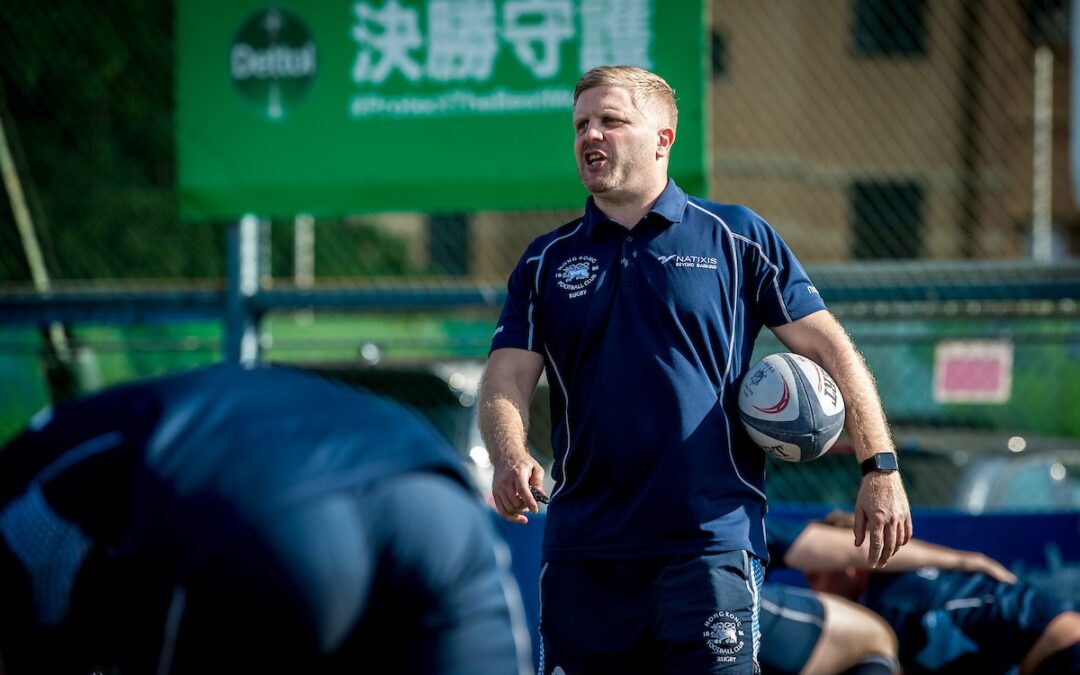 It is with the warmest of congratulations but also the heaviest of hearts that we would like to announce that our highly respected HKFC Rugby Section Head Coach, Jack Wiggins, will be leaving us to take up a new coaching role with the San Diego Legion in the Major League Rugby Competition in the USA.

Jack moved from the coaching team of Wasps in England to join the HKFC Rugby Section as our Head Coach in 2018. Jack inherited a good squad that had plenty of potential but had not won any league or championship titles since 2011/12.

Over the four seasons from 2018/19 to 2021/22, Jack has been the driving force behind the unprecedented success for our Club 1stXV in winning four consecutive Premier League titles, one Challenge Cup and one Grand Championship.

Indeed, in the current 2021/22 season, Club have already won the Men’s Premier League on 16thDecember 2021 with three games in hand. As or when this season recommences, our Club team will be focusing its energies on attempting to do the double by winning the Grand Championship if we can.

In addition to his role at HKFC, Jack’s ability as a coach has been utilized by the HKRU to work with Hong Kong’s senior men’s rugby national teams.

Jack’s success has been built on a fantastic work ethic, attention to detail and unmatched technical and tactical knowledge. He has brought professionalism and a winning mentality to the Club. However, it is his ability to connect with people and make them better players, coaches and managers that has perhaps been his greatest attribute.

His efforts have not been confined to the top level, as Jack has helped build a sustainable long-term coaching programme across the whole Section, the fruits of which will be picked for many years to come.

The timing of the start of Jack’s new role in the USA combined with the current delay to the recommencement of the 2021/22 rugby season in Hong Kong, mean that Jack will be unable to finish the remainder of this season with Club.

Therefore, prior to his departure, Jack will work closely with our Director of Rugby, Cameron McIntosh, to put an effective interim coaching plan in place for the remaining matches of this season. Cameron will then take over as Interim Head Coach and will work with the rest of the current highly experienced Club and Dragons supporting coaching team comprising Jevon Groves, Tom Isaacs, Fionn Carr, Adam Frampton and Jack Wilson.

These measures will maintain full continuity to ensure that our Club and Dragons teams maintain their outstanding levels of performance throughout the rest of the current Premiership and Premier A League and Grand Championship programmes.

In parallel, the Rugby Section Committee will begin taking the actions required so that next season we can maintain the same high quality of coaching and high levels of performance of our teams as have been built up and are now being achieved.

As a Section, we thank Jack for the contributions which he has made and the successes he has delivered during his time at Sports Road, as well as for what his coaching legacy will continue to do for HKFC Rugby long after his departure.

Our whole Rugby Section wish Jack, his wife Abbey and daughter Henley all the best on their next adventure on the West Coast of the USA. The Section will not be the same without the Wiggins family. However, we understand that Chris Robshaw, Ma’a Nonu and the rest of the San Diego Legion can’t coach themselves! And Jack, you and your family will always be welcomed back to your Hong Kong home at Sports Road whenever you may be in town. 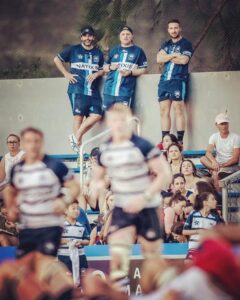