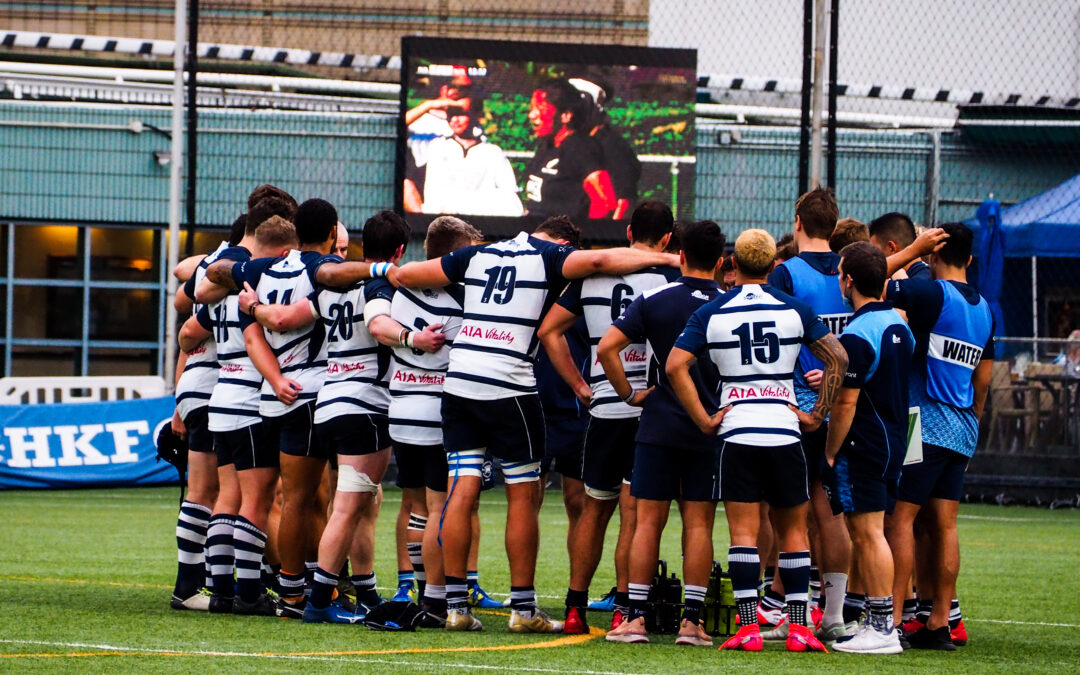 Tomorrow marks the start of the new era in Hong Kong rugby after some difficult years for all involved but before the 3pm kick off against Valley at HV6 we thought we would look back at the preseason that was and how we are tracking moving forward.

After doing three pre-seasons in 4 months before the premiership was officially called off last season there was a need for the boys to get away from rugby for a bit to freshen up mentally and physically. However, all most the opposite could be said for coach Jack Wiggins who spent the down time chomping at the bit to get back into his work.

To make sure we were still keeping things fresh, Jack Wiggins went on a personal development trip to New Zealand where he worked with Super rugby side the Hurricanes. Jack used his time to refine his plan for the season ahead as well as picking up some extra knowledge which will no doubt prove invaluable for what lies ahead.

When Jack returned the off season touch tournament was coming to a close – congratulations to Luck of the Irish for taking out the win – and the boys where fresh and ready to get to work.

It wouldn’t be the same team coming back this season with some huge shoes to fill. Fionn Carr, of never scoring a try for Club fame, has decided to call it time on his stella career and join the coaching team. The talented Nate De Thierry left for a playing opportunity overseas, Raef Morrison is currently doing an internship in London and Liam Herbert thought the yellow of Tigers would look better on him.

Other big losses would include Mr Intensity, Tom Stanley heading back to NZuud and the eyes up skipper Mitchy Andrews venturing out so start up his own building company in the midlands of the UK. Mitch and Tom in particular led from the front and showed the group with every effort what was the standard required to be successful at this level.

But part of the nuance of HK Rugby is that people move on and others need to step up and take the team to a new level. The leadership group has really led the way on and off the pitch welcoming in a host of new players and showing them the Club way.

Captain Campbell Wakely one of the key men to setting the standards in the pre season.

“Preseason has gone really well for us, with all the new additions really buying into our structures and culture.”

There is some familiarity with some of the new members including those that have come out of our youth program. James Gostick has returned from University and been really impressing, as have colts Ollie Van Heyningen, Marco Conti, Leif Buechi. It is great to see the pathway there for the players and testament to all the hard work done by the youth coaches over the years.

Some more familiar faces with saw two prodigal sons return in Peirce West and Charles Higson-Smith. Both took very little time to settle back into the group. We have also been joined by the Hrstich brothers formally of the Tigers. Utility back Zac and strong ball carrying number 8 Josh have also fitted into the group with ease both on and off the pitch.

The last additions to the squad are 4 players from overseas. Bertie Haskins, a computer software salesman who moonlights as prop when not injured and former England 7’s star Will Glover who is also the proud owner of a signate ring, both joined us a few months ago. While Penetana Smith and Jordan Earle are fresh out of quarantine and looking to make an impression as they build some much needed depth to the outside backs.

So with the squad sorted for the most part the team went to work as they had to get their bodies and minds back on task after playing only 4 competition games in over 18 months. Coach Wiggins had balance the boys getting some serious miles in the legs while still working on the technical and tactical side of the squad.

Unfortunately the planned pre season games fell though so the heavy lifting of the group was left to an internal trial and a rigorous camp at Mui Wo. With the help of his very knowledgeable coaching team in Jevon Groves, Tom Isaacs, Fionn Carr, Adam Frampton and Jack Wilson as well as his experienced leaders stepping up, some great results have been seen across the squad.

Everybody thinks they have had a good pre season until the whistle blows to start round 1 but there is no denying that this squad has pushed each other each step of the way and put them selves if a very good position to be competitive.